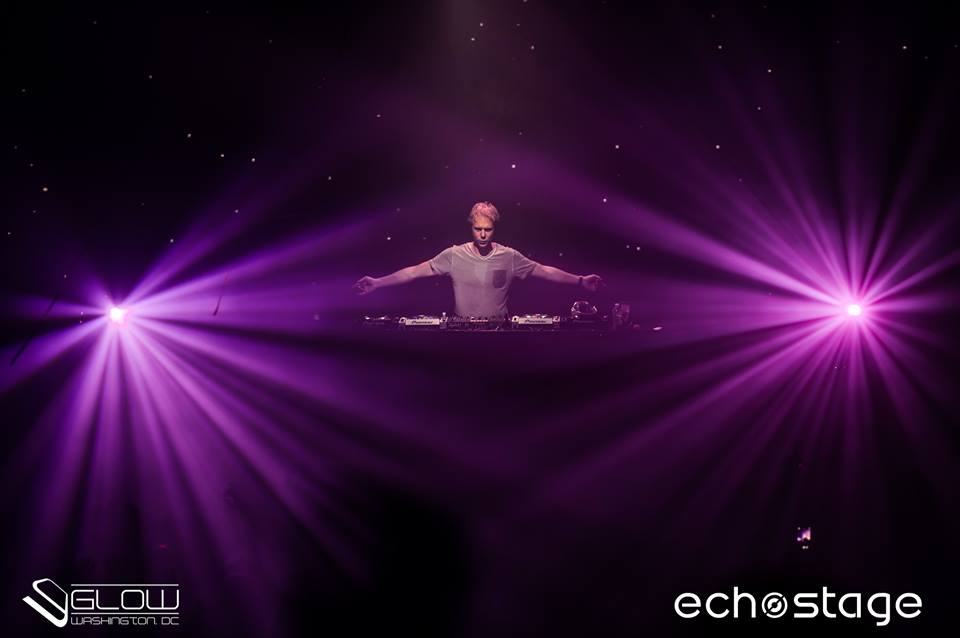 AVB and the dance music scene in Washington, DC are synonymous, connected by the countless sold-out shows, the mutual love between the two, and the unforgettable memories. In preparation for his upcoming set at Echostage, we take a look at how this unbreakable bond has been fostered throughout the years.

He is, without a doubt, one of the biggest names in electronic dance music. To say otherwise would simply be foolish. For over 15 years, he has been at the forefront of trance. To think otherwise would be simply false, seeing how he has turned the phrase “A State of Trance” into a household name around the world. He’s been named the #1 DJ in the world more times than anyone else. He has hosted and curated his very own stages and festivals for years now. He has produced albums, anthems, even 12-hour marathon sets. He, through his infectious and driving music, has given us all some of the very best songs to have ever bounced off our eardrums. He has been the longest-standing Glow resident, ever. Armin van Buuren is an icon. It obviously wasn’t always this way though. It took many years of hard work and perseverance for him to be on the platform that he is on today. It also took the help of several forward-thinking people and institutions to help him reach the heights that he has gotten to, to help him reach new audiences airwaves. Glow prides itself on having a hand in the progression of Armin’s history.

The first time Armin came to perform in DC, it was only his 2nd booking ever in the United States. This was all the way back in 2001, back when the iPod was first introduced to the world. So yes, this all pretty much went down ages ago. After signing on for a bi-monthly residency, one of his first stateside, he played an absolutely smashing set at Club Insomnia, kindling a mutual love between himself and the Nation’s Capital’s trance family. This relationship was affirmed after he featured live sets recorded at Glow on his internationally-renowned A State of Trance radio show, for episodes #052, #067, #087, and #105. He later continued to fulfill his residency for years, solidifying his status as one of DC’s most beloved DJ’s with memorable gigs at Fur, Lima, and Ibiza, three of Glow’s former venues. In 2009, he was even tapped to play the 10th anniversary party of Glow, an affair that simply goes to show how intertwined DC is with Mr. Van Buuren.

With the growing popularity of dance music in America, and of course of AVB himself, it was clear that newer pastures needed to be created in order to cater to the growing crowds. In 2011, Armin and Glow teamed up once again to produce on of the largest spectacles to ever hit the Washington DC dance music scene. It was a night that has lived, and will continue to live in the minds of concert-goers from all over the DMV. On November 19th in Southeast DC, 10,000 trance lovers packed the DC Armory for a night with the 5-time #1 DJ, a night that was ranked as the most favorite Glow show ever. AVB’s unforgettable 6-hour Super Glow set was streamed so heavily on iTunes, that it ended up having to be taken down. 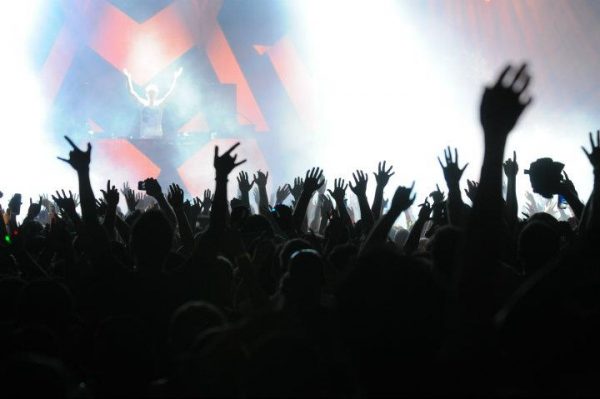 It was difficult to follow-up on such a momentous event, but with some new help along the way, a new ground was formed for an artist of Armin’s caliber. The next time Mr. Van Buuren made his way down to the District, he played at DC’s newest premier venue on just its 3rd show date ever: Echostage. Armin himself marveled at the new crown jewel of the nation’s capital, “I’ve been coming here to Washington DC for 11 years, and this venue is just sick.” Since then, he has returned to the best venue on the East Coast on two occasions, each time delivering to his ever-so loyal fan base. Perhaps what makes Armin so successful is his ability to cater to a mainstream crowd, while also being able to stay true to his trance roots. An example of this is his weekend at Ultra Music Festival in 2014. At the main-stage, he played a set that delved into trouse stylistics, while a day later at his own A State of Trance stage at the Mega Structure, he and fellow trance titan Benno de Goeij came together to produce the first-ever live performance of Gaia. This particular performance has since gone down as a legendary set in trance history, both posing as return to the pure roots of the genre, and to the roots of DJ’ing itself, by Armin’s and Benno’s stance of putting the music as the sole focus.

For over a decade, Armin van Buuren’s star has risen, and it will continue to rise. He has enjoyed unparalleled success with his music, culminating in a first Grammy nomination for his smash hit “This Is What It Feels like”. He has also recently celebrated episode #700 in his A State of Trance radio show. a hallmark that few other can rival in dance music. Much like his own repertoire, where he has been effective in constantly pushing and innovating his sound, he has also been able to carry this attitude into other areas of performance. He has recently partnered up with ThalmicLabs, a tech company specializing in human-computer interaction, who provided him with a set of bracelets that allowed him to control the lights and video effects at Echostage at his set this past January, completely blowing away his much-loved DC crowd, and paving the way for new ways for DJ to interact and connect with their fans. As stated above, we are proud to have a place in Armin van Buuren’s career, and we simply cannot wait to see what he has next in store for us.

For tickets to the next edition of Armin at Glow @ Echostage this Thursday, click this link.

As a result of DC’s latest COVID-19 directives: Effective January 15, we are now requiring proof of at least one dose of the COVID-19 vaccine in order to attend ALL Glow events. Beginning February 15, we will require prooof of full vaccination.