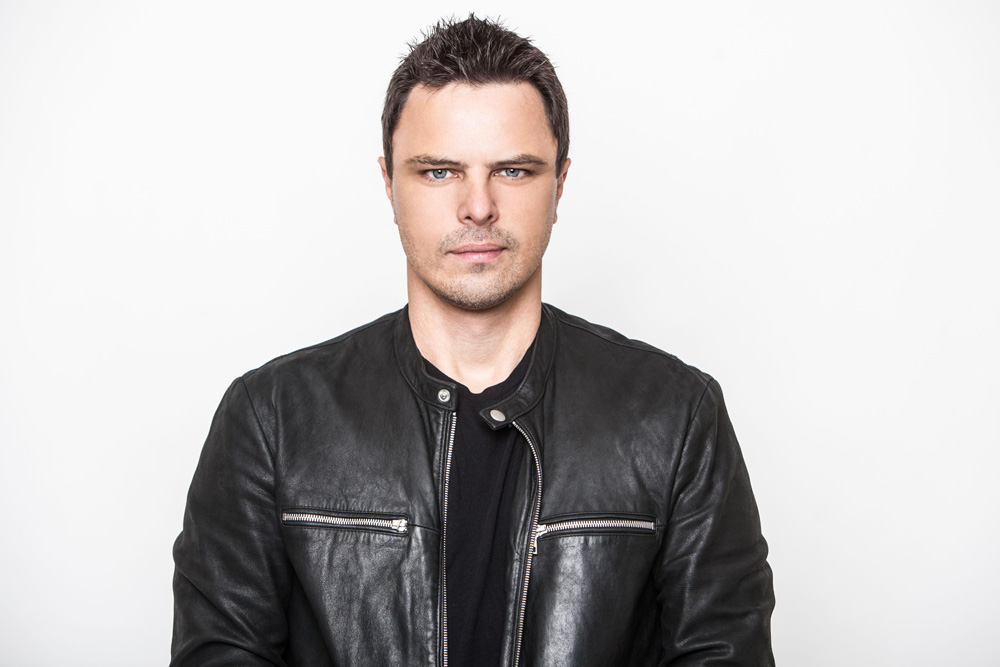 Breakdancing, 12-Hour DJ Sets, and the Miami Heat: An Interview with Markus Schulz

Breakdancing, 12-Hour DJ Sets, and the Miami Heat: An Interview with Markus Schulz

One of the biggest trance nights to ever rock the District of Columbia is happening this Saturday night, spearheaded by none other but Coldharbour Recordings founder and New World Punx member Markus Schulz. We spoke with Mr. Schulz about his inspirations, his history in DC, and his possible aspirations to fill-in LeBron’s void in Miami. 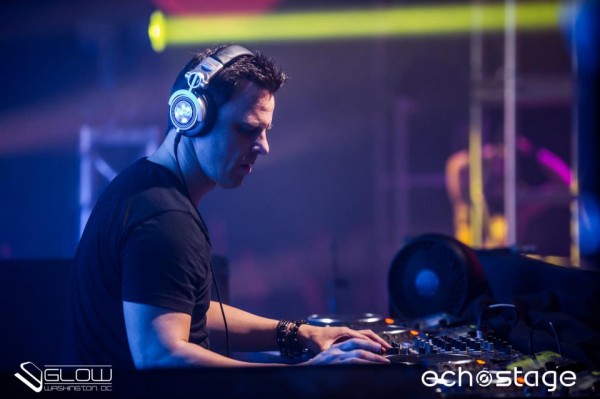 You’re indisputably a veteran in dance music. If it were up to you, who would you give a Lifetime Achievement Award to for their contributions to and/or influence on this industry?

There would be three that come to mind.

Danny Tenaglia would be probably the biggest influence towards me playing marathon sets, and how he had the ability to keep a crowd entertained for a long period of time. As far as marathon sets are concerned, he’s the king of the mountain.

Paul Oakenfold broke barriers and was responsible for introducing trance to so many territories worldwide. And Ferry Corsten I would consider as the greatest creative musical mind of our generation, and have been privileged to be able to spend so much time with him in the studio and be inspired by his techniques.

There was a little moment during this past Amsterdam Dance Event that resonated with me. It was billed as a Coldharbour vs. Perfecto night, so obviously Paul and myself were on the lineup, but Ferry was there hanging out on a night off. So for the final 30 minutes of my set, I invited Ferry up on stage and we did a little back to back session, and then as Paul came into the booth to get ready to take over, it struck me that I was so lucky to be on stage at the same time of these two legendary figures; and privileged that we are all great friends today.

Marathon sets are just one of the many well-recognized weapons in your skills set. Do you have any personal rules, guidelines or habits when spinning one of your longer sets?

They are huge challenges, both mentally and physically. Because of the demanding tour schedule all year round, you have to keep in shape and eat healthily. For the longer sets, I actually don’t eat much beforehand, and don’t drink any alcohol at all. This way, you basically sweat everything out of your system while you are jumping around on stage; and it makes a bathroom break less of a necessity.

Depending upon the set length, I’ll try to imagine it as a combination of shorter themed sets. For a typical open to close solo set, my mindset will be to divide the night into three parts – the deeper warmup, the peakhour with all the big tunes, and the afterhours with the ‘rabbithole’ techno and classics. If you can visualize it in those smaller portions, then suddenly the challenge of playing for over ten hours doesn’t become quite so daunting.

When all is said and done, those nights are the absolute best. They feed my soul.

We can imagine that a 12-hour set would require a relatively high degree of mental toughness. Do you go through any exercises to prepare? Have you ever run into major conflict or issue during an extended set?

Like many aspects, the time dedicated in preparation is reflected in the end product. I am often asked what advice I can give to someone starting out who wants to succeed in the scene, and the simple answer is that you have to dedicate your life to this and put the hours in.

Every week, when compiling tracks for the upcoming sets and Global DJ Broadcast radio show, I’ll re-label all of the tracks by key and BPM, so it makes things easier to navigate inside the folders. For the solo sets, I’ll dedicate different folders to different portions of the night.

For the gig itself, if my schedule allows, I’ll always try to stay in the same city an extra day after. It’s really difficult to mentally switch off after a set of that length, because your brain is always so active throughout the performance, trying to read the room and gauge the direction in which you want the set to go. 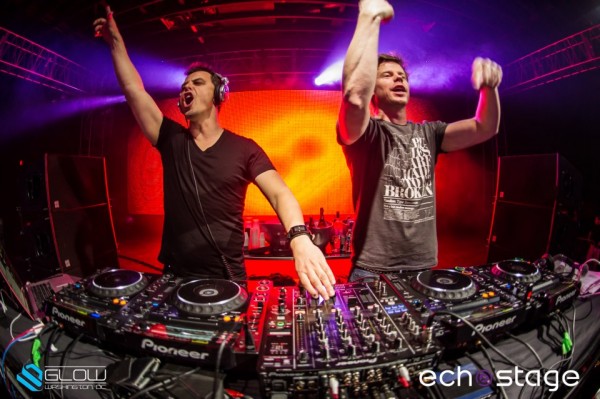 Many kids chase the young dream of being a professional athlete. If you hypothetically chose this route instead and went pro, which sport would you play? Any specific club or team would you want to play for?

It’s funny you say that, because I am a bit of a sports nut, and most of my free time is spent either watching or playing.

Basketball would be my sport of choice, and playing is actually very useful exercise for me with all the cardio involved, which you need in order to survive this crazy life of touring. I like baseball, football and soccer too.

In terms of teams, I guess I would have to say the Miami Heat, since they are the hometown organization for me. Whether or not I could fill the void of LeBron remains to be seen!!

What is a song or track that best describes you as not only an artist, but as a person?

It’s quite a recent example, but I think Destiny has many of my personal and musical characteristics. I continue to be overwhelmed by the response of that song by everyone, but what I hope people have appreciated is the intricacy of the multiple layers that made up the production.

So I’d say the complex layers, the darker moods but a hopeful vocal that touches the soul, and the ten minute plus track length to signify the love of the marathon moments; that sums me up quite well.

We’re curious; when was the last time that you’ve breakdanced?

Not for a while! Haha. I’m not quite as flexible as I once was. There are a few videos doing the rounds online of me busting some moves. Ferry filmed one of me I think at Amsterdam airport, and there’s an infamous one of me vibing out at Avalon in Los Angeles. But once you get lost in the music, you can’t help yourself.

Who inspires you as an artist that may come as a surprise to the public?

A lot of people will be surprised when I say this, but most of my influence comes from classic rock. Bands like Pink Floyd and Led Zeppelin. The Dark Side of the Moon album for me is one of the greatest pieces of music ever made. I admire modern day bands like Coldplay too, and over the past couple of years I have really enjoyed Lana Del Rey’s work. Since Christmas, I have been listening to Coldplay’s latest album A Head Full of Dreams regularly.

When I am having a quiet day around the apartment or even driving around Miami, I’ll tend to take to some of the mellow material – the likes of the Hed Kandi Beach House CDs are regularly in rotation.

And with the DJ life, one of the advantages that travel brings is the occasional opportunity to explore new sights and meet amazing people. If you had the chance to have lunch with any musical artist known to man, who would you pick, and where would you go eat?

If I could freely choose from the criteria of living or dead, I would undoubtedly choose Larry Levan. Even though I never had the opportunity to meet him in person, he is one of the biggest reasons why I followed the dream of becoming a DJ.

When I was growing up in Germany and going through my teen years in Boston, I would read in magazines about the wild stories and legendary nights at Paradise Garage in New York City; the venue where Larry was resident, and he was inspiring a generation of clubbers and future DJs. So I’d love to be able to have an extensive conversation about his experiences and influences.

Where to eat? We are spoiled a little in Miami with the options. There’s this place called El Cielo downtown, absolutely amazing place. A guy I met in Colombia owns it and I love to go there. Mr. Chow would be a regular spot to visit. And at the Redbury in South Beach, there’s a place called Cleo’s which I love going to, because there is also one in Los Angeles that I make sure to visit every time I am there.

It’s well known that you began your journey as a DJ in Arizona, although you’ve said that it wasn’t until your move to London when your career took off. Considering the masses of musically influencing cities in America, why did you opt for the trek to London?

The one thing I should make clear is that I would never ever have achieved anything in this industry had it not been for my time in Arizona, and especially my seven year residency at The Works. Everything associated with my time there I regard as “learning” for my career.

However, it was so difficult to succeed outside of Arizona. This was in the days where the internet was in its infancy, so it was an immense struggle to feel the pulse of the worldwide dance music scene at that time. When The Works closed, I felt so burnt out and almost contemplated quitting the industry entirely, and decided that if there was one last chance for me to achieve anything, that I needed a very different change of scenery.

I chose London because the UK scene around the time of the millennium was the envy of everyone in the world. You had Ministry of Sound, you had Turnmills, Paul Oakenfold was playing at Home in Leicester Square, Fabric was just opening, and you had so many opportunities to attend these venues as a clubber and study the art and work of the big international DJs. Then during the week, living in the studio on Coldharbour Lane, I would take these inspirations into harnessing something that truly represented who I was.

London was undoubtedly the turning point for me, everything else from then until today has been a slow climb. But the Club Glow nights have played a crucial role in that climb.

There’s a lot of history between not just you and us, but also you and our city. What’s the first thing that comes to mind when you hear “DC?”

The immediate word that comes to mind is “family”.

The DC fans, and particularly the people behind the scenes at Club Glow, have provided me opportunities to grow that I am forever indebted to. So when coming back there to play, it doesn’t really feel like a normal gig – the mindset is more “I’m playing for my boy Pete and his thousands of friends”.

Since the move to Echostage, I think the Glow nights have gone up another level completely. It’s the closest thing in the US that resembles Privilege in Ibiza – just this vast area that can hold a big audience, and the nights I have spent there to date have been incredible. The New World Punx project with Ferry Corsten – that would never have become a reality had it not been for the night we spent at Echostage playing open to close in 2012. And of course I’d love to be able to do an open to close solo set there at some point.

The city has hosted various Coldharbour nights before, but this is by far the biggest, with Echostage hosting. I’m recording the night for the Global DJ Broadcast World Tour too, so I hope that the Glowheads bring their passion and their voices. It should be an incredible night, and I know that all of the guys from Coldharbour that are playing will be bringing their A-game. 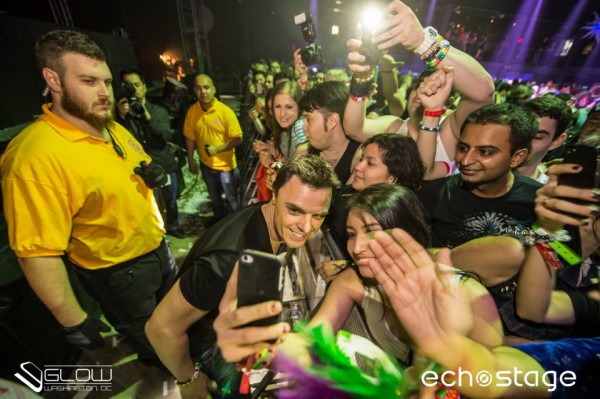 Tickets are still available for Coldharbour Records night at Echostage this Saturday, grab ’em at clubglow.com/tickets!