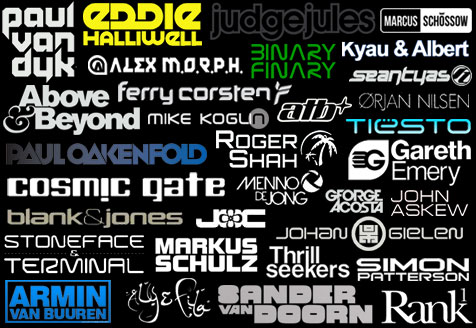 We can’t help but notice that trance has taken a back seat lately to other styles of EDM, most notably “big room, melodic” house and dubstep. A genre that grew during the late 90’s and peaked in the 00’s, trance may be falling victim to new tastes from a new generation of fans.

Many top trance DJ/producers have seen the shift and adjusted accordingly. Some might say they’re growing as artists. Concert promoters seem to be booking less trance and gambling on rising house acts. Trendy music blogs feature the melodic, big room house and dubstep sounds young fans crave. When was the last time you saw a track by Mark Sherry or John Askew on besthousemusicblogever.com? More importantly, how many of you know who John Askew and Mark Sherry are?

“Trance goes where it will go. Whether it’s evolving or not, it always stays appealing to its listeners. People have to adapt over time, so does the music. Its purpose, however, which is high-quality entertainment, will never go away.”

Maybe in 20 years trance will be seen as, dare we say it, just a fad?

The annual DJ Magazine Top 100 Poll, although slandered by many as just a popularity contest, nevertheless shows who and what’s hot in dance music. Tracking the DJ Mag Top 100 since 1997 shows that house and techno have always been at the top. Guys like Carl Cox, Sasha, John Digweed, Roger Sanchez, Erick Morillo, Steve Lawler and Richie Hawtin are always there. The only trance guy to hold that distinction is Paul van Dyk.

Besides 1997 (Carl Cox) and 2011 (David Guetta), the #1 DJ in the world has always been a trance guy. Whether that’s because house and techno fans don’t care to vote or because Oakenfold, Sasha, Digweed, Tiesto, Pvd and Armin van Buuren have the most loyal fans; is another question all together.

The top 25 has always been pretty split between house/techno and trance. Trance usually wins out by a couple DJs but no biggie, right? But now, with guys like Sander van Doorn and Ferry Corsten going outside the box and Tiesto leaving trance completely, it’s tough to classify what style anyone is.

The concept of EDM genres is a double-edged sword. On one side, fans need to distinguish artists (trance, tech-trance, big room house, underground, minimal, techno, slowmo, tech-house, electro, dutch, etc.) On the other side, artists don’t want to be boxed in. But hey, if you produce electro and spin techno you’re gonna confuse and piss off fans. If you produce a bit of everything it’s almost too much to grasp. Daft Punk, Moby and Diplo have done amazing jobs of not being boxed in while achieving massive success.

We’re thinking all those sub genres are the reason house has always been the most polarizing style of dance music.

“When anything becomes so popular it tends to be diluted and judged and categorized, but that’s where we come in. Electronic music is electronic music, simple. For me it’s either house or techno, both determine the essence of its nature, hard or groovy. But that’s my world and what I surround myself with. I wouldn’t personally put trance into either of those but that’s because I don’t listen to it.”

Trance has lost its variety; its freshness; its spark. House has spread and evolved.

*”The trance formula has been overdone. The synths defined trance, but the kick and bass are what the masses respond to. Trance was always about the journey. Since the masses require instant gratification, gone are the ‘building’ tracks… gone is the journey. It’s been replaced by bangers. But bangers don’t put you in… a state of trance.

Eventually so many people had home studios the genre became diluted. Beat + same old VSTs + catchy vocals = hit. People felt the saturation and tried to reinvent the wheel, giving way to trouse; big room, melodic; etc. These new styles of house are what’s popular. That’s where the mainstream thinks they need to go. Trance will probably go back to its roots and wait. It may not be ready for a revival just yet.”

*Huge thanks to Jay Kinard (hitokiri on NY Trance Addict) for the contribution and hater-proofing treatment.

It’s important to remember that things move in cycles.

Some say all the new generation cares about is Avicii, Swedish House Mafia, Afrojack, David Guetta, etc. They say they love “house music,” but all they want to see are the “it” guys. If you loved house music you’d be as excited for Hernan Cattaneo and Sander Kleinenberg as you are for Thomas Gold and Dirty South. Are these fair weather fans? Or is that big room, melodic sound the new trance?

Some say it isn’t really house. It’s too melodic. Too geared towards the big room. It’s more like what Laidback Luke has dubbed ‘Trance 2.0.’

“I’ve never actually been into trance, so I’m trying to incorporate it into my sound now. And trance 2.0 for me is bringing the epicness of trance and fusing it with the grooviness and sexiness of electro house. “My G.O.D.” was trance 2.0 and I believe “Turbulence” is more on the harder side of things.”

So we ask again, is trance dead? Was it just a popular fad? Is it as strong as ever and we’re just starting sh*t for no reason? Have the band wagoners jumped ship and started listening to “Levels” on repeat? Is Laidback Luke on to something? Did this shift start with the 2008 Kaskade and Deadmau5 collaborations? Does the massive rise in popularity of “house music” on college campuses have anything to do with it?

Trance is alive and well… the reason USTM was created was due to the rising interest. Trance purists may disagree and say the original sound is dying and evolving into a more commercial based sound.

Many of our favorite artists are branching into these “made up” genres [and it] concerns us true trance lovers. It makes us feel abandoned. I like to think of our group as more elite (underground) and shows we have a higher quality taste in music. I’m sure none of these big names really want to sell out, but are pressured by their managers, media, etc. It is what it is. I’m sure when they see dollar signs, they can’t refuse. I would rather not pay money to see these cheesy house productions with a slew of 16 year olds. Does this mean the true trance scene is dying? It’s more a matter of us original fans really picking and choosing wisely as to which live events we attend.

I truly believe any talent that labels his/herself as a “trance artist” should have the mindset to please themselves and the crowd with those emotional, goose-bumping, chilling tracks we all love so much. After all, that is what we call trance music, right!?

One of the most outspoken voices in Trance regarding the shift in sound has been John “00” Flemming:

“The commercial storm seems to have eventually past; the Trance scene has been left battered and bruised. It’s tired, jaded and lost all dignity. This storm has created utter confusion amongst the residents of the Trance community, the skills, tools and talent they had adhered over the years were completely overlooked and deemed insignificant, replaced with egotistical bullish marketing. This once great music genre attracted the elite producers of the World who produced forward thinking avant-garde music. This in return attracted Hollywood movie directors such as the Matrix whom used Trance music for its sound track. Consequently Progressive Trance was born; Sasha, Digweed and Way out West playing a big part in this (many people reading this wont remember these wonderful proud great days).

House, Electro and Dubstep are now King, and the storm have moved in that direction. The corporate are abandoning the sinking Trance ship and heading for where the money now lies dropping their now worthless Trance tag. ‘None genre’ seems to be the new trend now, along with Trouse as they abandon ship. So how does that make us true Trance musicians feel.

The ones that have dedicated our lives to this genre we feel so passionate about. Angry? Bitter? I think relived is the right word. We can now get on with the job in hand of making music void of Internet marketing games, and presence. We’ve lost a few good men on the way though, shame how they got totally overlooked.